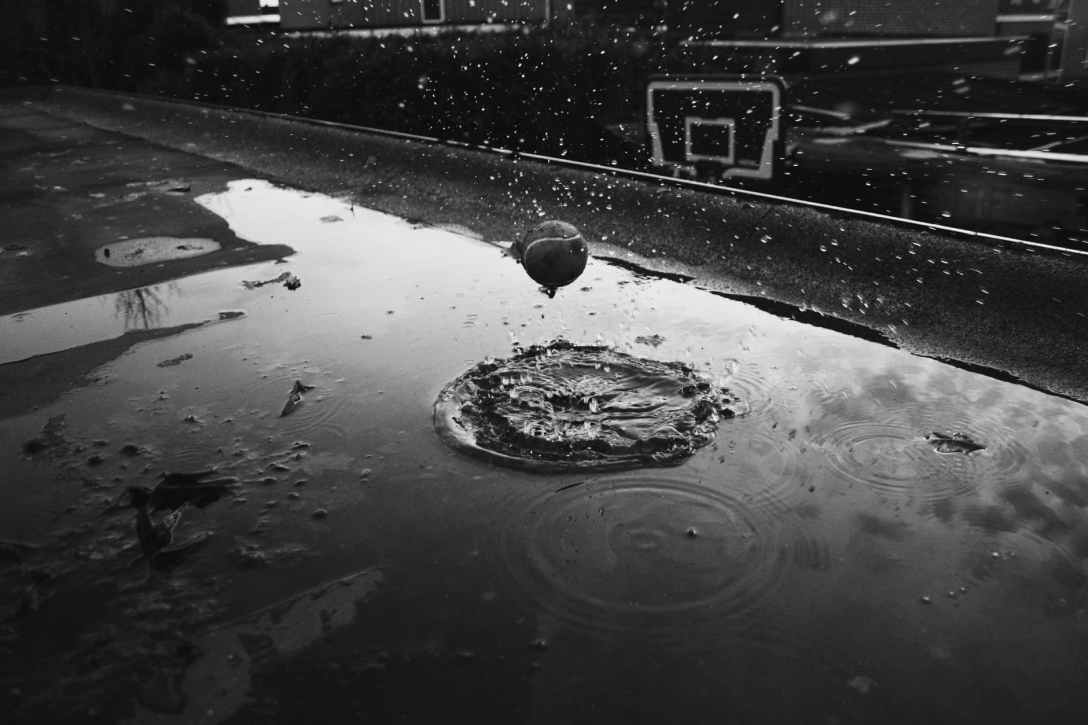 Dribbling the basketball down the court like a demon just called for dinner, I drove the hoop, launching into the sweat-filled air above my pursuer, who didn’t have a prayer at stopping my shot.

I recall there being a moment during the game where my 6th grade body just knew we were going to come back and win, that moment where nobody on our team could miss, we were talking to each other, and lightning-fast pass fakes came off as easy and inevitable as firing neurons.

Basketball camp in Maine was a special place where, with the exception of an arrogant point guard intimidated by my skill in rallying the team simply when on the court I was only doing what was expected of a forward, consistently and with military-like dedication,

I discovered I could be part of something that flowed like a unit, something that moved as one center, and I think I learned something. Loner that I thought I was, I realized it could be possible that teamwork could be something greater than acting alone, provided everybody was willing to act according to their assigned and often unwanted role, and trust in the expertise and vision of their coach.

And frankly, despite my resistance to this idea, it simply felt better to win with my team than it felt to win alone and think to myself that everyone who wasn’t me was a kind of loser.

With all our hands holding the game-winning trophy for the team picture I knew it was possible to be part of something bigger than a forced foul for the sake of measly high five, and all I wanted was to be back in that ocean again with my team, darting and watching as one wave, as the one and only point that counts.